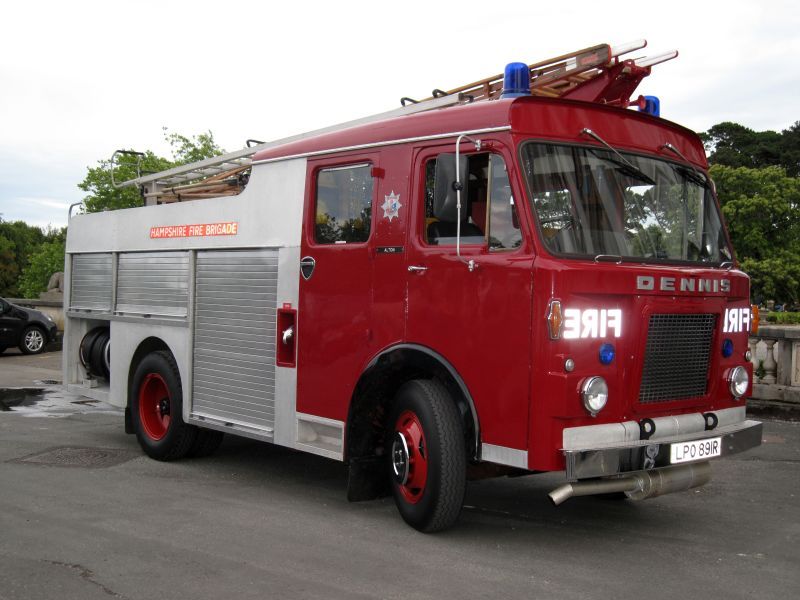 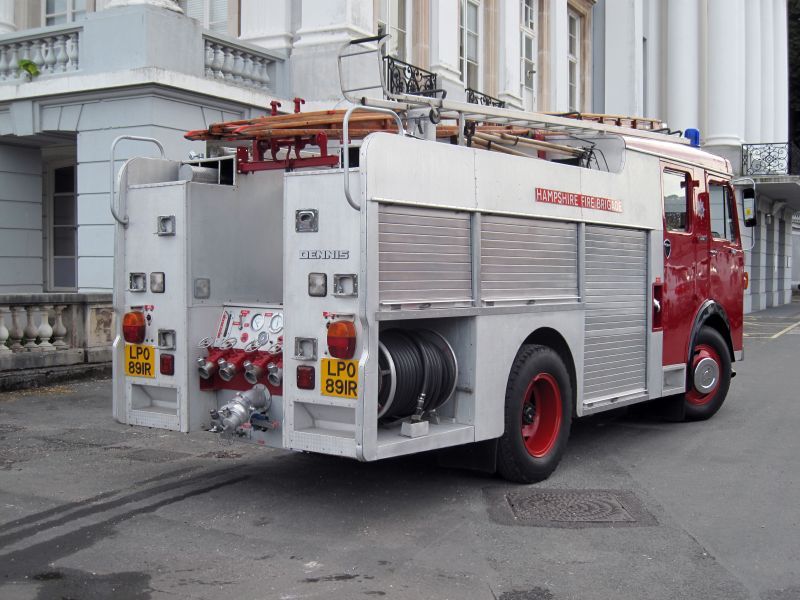 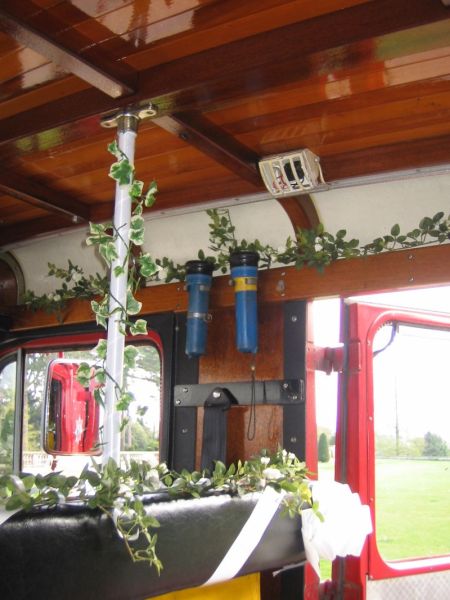 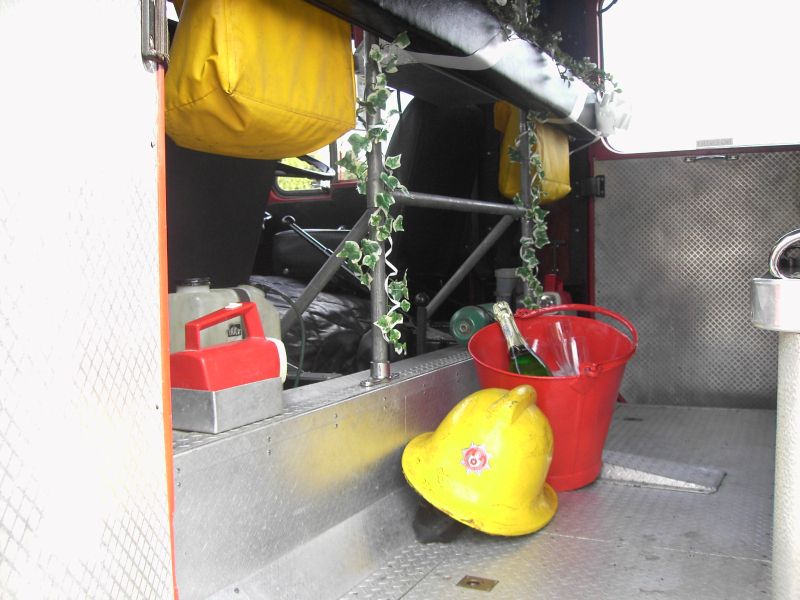 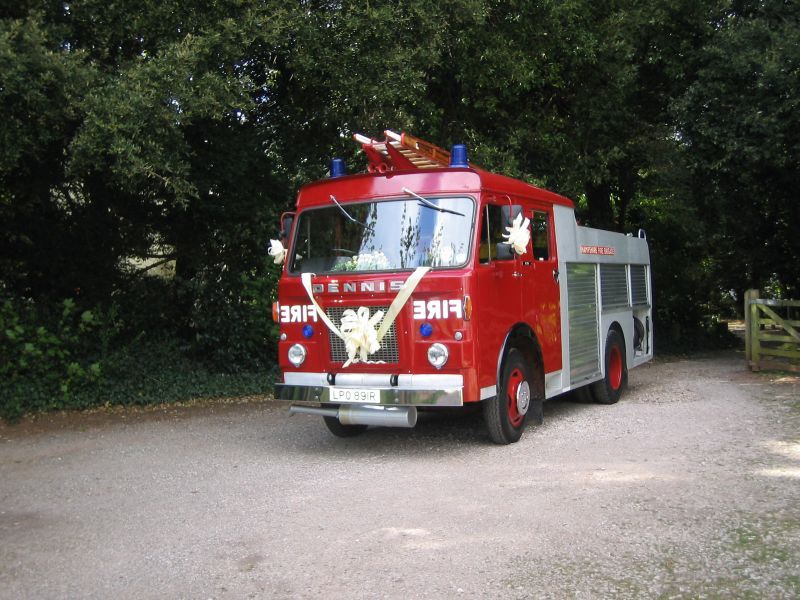 Built in 1977, this was the last Dennis ‘D’ Water Tender to be built in Hampshire Fire Brigade Workshops at Winchester. The appliance was destined to be stationed at Fawley, to provide cover for the oil refinery, but was deemed to be unsuitable as it had been fitted with a petrol engine, which itself, presented a fire risk.

It was therefore transferred to Station A05 – Alton where it spent most of its working life before being used as a divisional spare appliance, seeing service at Winchester and Hayling Island.

Its engine was later converted to diesel and upgraded to a water tender carrying a 13.5mtr metal ladder in place of the wooden Bailey ladder which it now carries.

It is full operational, carries much of the original kit and is often used in displays. The traditional striped wooden cab roof is the ‘Signature’ trade mark of Hampshire Workshops and epitomises the craftsmanship of fire engine building of this era.

The machine was sold out of service in 1996, since then the appliance has had 3 owners who have cared for her.

If you are looking for transport for your bridesmaids and/or guests, please look at our luxury 7 seater